Delhi to Chandigarh in just three hours! The travel time between Chandigarh and the national capital has come down to only three hours, with the launch of the fourth Vande Bharat Express. Prime Minister Narendra Modi inaugurated this new train on October 13, 2022. The fourth Vande Bharat train is an advanced version compared to the earlier ones, being much lighter and capable of reaching higher speeds in a shorter duration.

The train will chug from Delhi to Amb Andaura Railway station in Una. The latest Vande Bharat Express train will run six days a week except on Wednesdays, with stops at Ambala, Chandigarh, Anandpur Sahib, and Una. And, the train will accelerate to 100 km per hour in just 52 seconds. According to Railways, the new Vande Bharat trains have improved features including reclining seats, automatic fire sensors, CCTV cameras, on-demand content with wifi Facility, three-hour battery backup, and GPS systems to make traveling safer and more comfortable.

The inauguration of the train comes close on the heels of the announcement of the Himachal Pradesh Legislative election this year. Last month, PM Modi flagged off the third Vande Bharat Express in another poll-bound state Gujarat. This train runs from Gandhinagar to Mumbai. The other two Vande Bharat trains are being run between New Delhi – Varanasi and New Delhi – Shri Mata Vaishno Devi Katra. 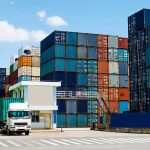 PM Gati Shakti: 15 cargo terminals commissioned by Indian Railways; 100 terminals to be developed in next 3 years
Next Article 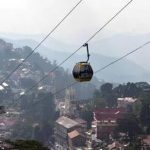 PM lays the foundation of road, and ropeways projects worth 3,400 cr in Uttarakhand
Leave a comment